Cell phones certainly have made life a lot easier and more convenient in many ways.  And, as technology continues to improve, it’s been playing a much bigger role in helping people live a healthy lifestyle.  There are apps for absolutely everything in the fitness world – apps for bodybuilding, apps for powerlifting, apps for yoga, apps for strength training, apps for dieting, apps for cardio, apps for tracking macros, apps for meditation, and the list goes on and on.  So, while it’s wise to capitalize on technology, be very careful to not let it hinder your workouts, or even worse, hurt you! Don’t be that person sitting on the bench or hanging in the squat rack scrolling through your Instagram feed.   Don’t take phone calls while sitting on the shoulder press. And, don’t be the person vlogging endlessly throughout the gym!  We intuitively know many of these things, yet it still happens a lot.  People tend to always have their cell phones on them, but for your next couple of gym sessions, try putting your cellphone down! I don’t think you need research to tell you this one, but using your phone while exercising will blunt performance, decrease your efficiency, and even put you at risk! A 2017 study in Performance Enhancement & Health revealed texting during exercise impacted balance and stability by as much as 45% and talking on the phone decreased it by 19%! We exercise to increase our performance, better ourselves, and make ourselves less likely to be hurt living our lives, so please don’t put yourself at greater risk because you use your phone while exercising! Here’s another reason to leave the cell phone behind next time you visit the gym. You definitely don’t need research to tell you this one either, but here you go! A recent study in Computers in Human Behavior revealed that those people who texted during exercise were more likely to spend more time in a low-intensity zone rather than a high-intensity. Surprised?  I didn’t think so.

These are just a few reasons.  Need some more?  How about these.

So, if we are looking to maximize our time in the gym, it goes pretty much without saying that you should abandon your habit of scrolling through your social media feeds while working out and just stick to using your phone for music! Music is one thing that the cell phone provides that we know helps improve workouts – there is both anecdotal and research evidence foe this! 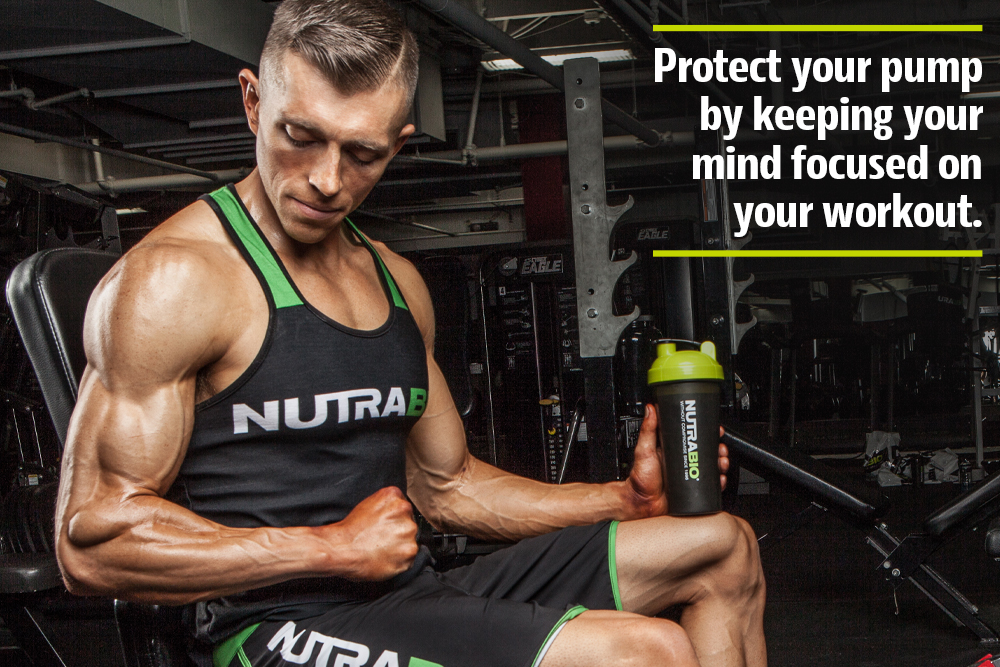