For those of you who are citrulline malate fans, get ready for the answer that you don’t want to hear. Unfortunately, the industry has hidden from you the fact that real citrulline malate hasn’t been commercially manufactured for years, or at least I have not been able to find any. And with my resources stemming from 18 years of manufacturing experience, if it’s out there, I would have found it.

Authentic citrulline malate (CM) is produced by chemically bonding free form l-citrulline to DL-malic acid, so the result is an entirely different compound with unique properties. The common CM on the market today is not chemically reacted; it’s just citrulline, and malic acid dry blended in a vat – no catalyst is added to form the chemical reaction required to bond the citrulline to the malic acid – it’s just a cheap blend – two separate chemicals mixed in a tub. It’s like me selling you a tub filled with arginine and glycine and claiming its creatine… it’s not. This is the same scam manufacturers pulled 15 years ago when I exposed them for cheating with amino-AKGs. It’s just more industry bullshit.

The standard citrulline Malate used in the sports industry is the blended format. That means when the label claims 6g of CM 2:1, you’re actually getting 4g free form L-citrulline mixed with 2 grams of malic acid as compared to label that claims 6g citrulline where you are getting 6g. Could some brands be using reacted CM, I guess it’s possible. In the end what really matters is the total dose of citrulline. 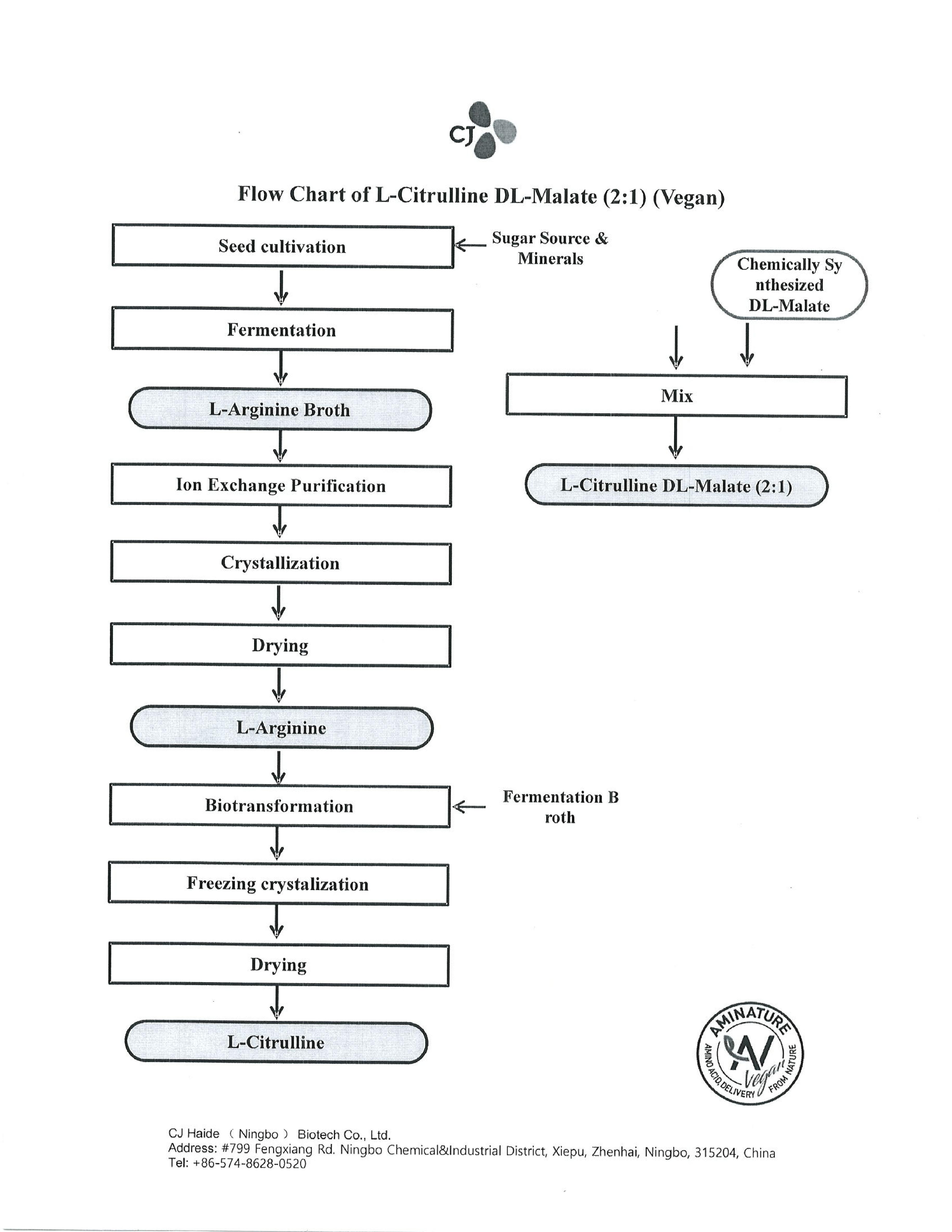 I’ve been speaking about this for years now. It’s not an attack on other brands, because frankly, most don’t even know about it. Is it illegal, would it make the product misbranded, probably not because who knows if there is a legal definition for the phrase citrulline malate; it’s become more of a marketing term. But consumer perception is what really counts, if consumers believe they are getting the real deal, they should get it. It’s another case of the industry turning a blind eye.

Just to reiterate, the word scam here was used for the raw material manufacturers not for the brands using CM. Until just a few years ago most of the Chinese mfgs were providing fake flow charts & COAs showing reacted material instead of blended. Now only one is, but when questioned they quickly pull back and admit that it is blended. The word I used for the overall issue was ‘bullshit’ which I believe is fair.

Just like in the early 2000s when they found it was too expensive to manufacture reacted amino AKGs, they switched to just blending the amino with alpha-ketoglutaric acid and lying about it on the flowchart and COA. In the end, the brand and consumer got ripped off. Here it is the similar situation, brands don’t realize this is happening which is why I don’t attack them.

In the end, my point is it makes no difference. Citrulline malate immediately disassociates when mixed in water into citrulline and malic acid. The original studies were done on reacted CM 1:1 ratio, not 2:1. But what did the studies actually prove since the CM disassociated immediately? Did they prove that CM caused the benefit, or was it the disassociated citrulline, or maybe the combination of citrulline and malic acid. Whatever?? The point is there is no CM on the market for at least 5 years unless someone is getting it custom manufactured as we did for a while.

Regardless of whether the citrulline malate is the reacted ionic salt or just the blend, you might have used it and felt some benefit and you should as long as it is sufficiently dosed and high quality. This is because both ingredients work on their own. citrulline bypasses the liver and gets converted to arginine which increases nitric oxide. Malic acid is a Krebs cycle intermediary used in energy production and countering lactic acid buildup. The real question is how much do you need of each to get the corresponding benefits. There is research on citrulline but not much on supplementing with malic acid to replenish depleted levels as a Krebs cycle intermediary. I don’t think we can infer through the research on CM that the malic acid was the bioactive component since we can’t determine if the results came from the citrulline, the malic acid or a synergistic blend of the two.

3 thoughts on “Citrulline vs. Citrulline Malate – We challenged the industry and it’s still happening!”